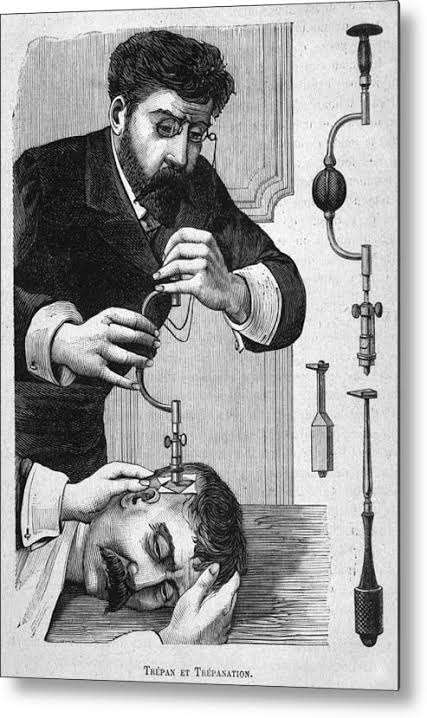 Medical instruments have come a long way of evolution and advancement. Modern medicine and surgery are equipped with the most effective and high-tech tools. Surgical scenes from past were quite a sight of interest. In past, it was different. How? Find it out!

Inflammed tonsils are quite painful. Even more painful is their removal but only in the past.This scissor-resembling tool, one of the most painful medical instruments, was used to remove tonsils. However, scalpel and forceps replaced it because it caused heavy bleeding and left some parts of tonsils behind.

Scared of dentists? Well, all thanks to modern dentistry where tooth extraction is a pain-free procedure. Back then in the past dentists used medical instruments called dental key which literally pulled out the tooth from the gums. In particular, no use of anesthetics made this procedure extremely painful. The patients often passed out because of intolerable pain.

Stones is urinary bladder were a challenge to both patients and doctors. For the most part, patients couldn’t let the stones stay inside because of the pain and removing them was ten times more painful. In old times, this instrument was inserted directly into the urethra to reach the urinary bladder. This tool had two parts; a claw to hold the stone and a blade to break a large stone into smaller pieces. This procedure was conducted when the patient was in complete consciousness. Hence, the patient had to go through excruciating pain. By the way, there was always a risk of mistakenly cutting the bladder which would cause heavy bleeding.

Mental disorders and headache, both are related to brain. What is the maximum you can do to get rid of a headache? Take aspirin with a glass of water and it is gone. For mental illnesses you will need a psychiatrist to treat you with therapies and medication. However, matters were not this simple before 20th century. To begin with, trepan was drilled into the skull of patient with hand to expose the dura matter. Surprisingly, trepan is used to this date for curing mental disorders.

Today, amputation is an incredibly advanced aspect of medicine and surgery. Conversely, in past it was not as sophisticated as today. In brief, surgeons used saws, hammer and chisel which resulted in uneven muscle tears, improper bone breaks and the scenario reflected a blood bath. It was necessary to reduce the number and intensity of complications therefore first chainsaw was invented and named osteotome.

Today removing bullet is no big deal with all the latest tools. In 1200s when firearms were introduced in the wars thousands of soldiers died merely due to a bullet. Only those bullets could be removed which were near to the skin. Those which penetrated deep into the muscles could not be removed. To overcome this limitation, a bullet extractor was invented. Now it was possible for the surgeons to reach the bullets embedded deep inside. Above all, this tool could be lengthened and shortened with the help of a screw which enabled the surgeons to reach varying extents.

Circumcision is a religious practice especially observed among Muslims. In this practice, the foreskin of newborn male is removed. This procedure has medical significance as well. Therefore, a well-known surgeon Abu al-Qasim al-Zahrawi invented the circumcision scissors. Before this invention knives were used. But according to Abu al-Qasim al-Zahrawi these scissors made the cut more even.