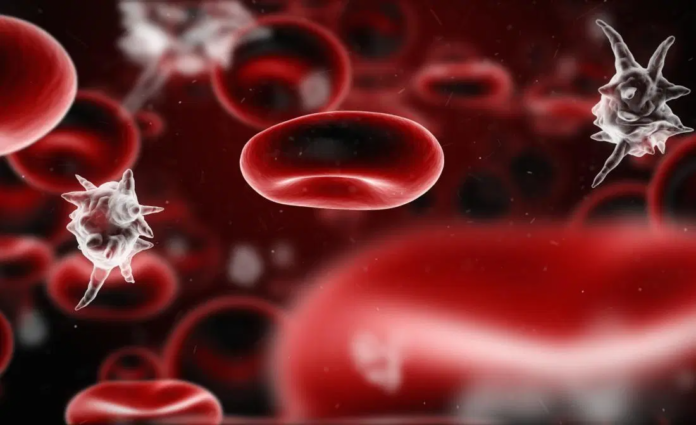 Case of septic shock secondary to Acinetobacter Bacteremia acquired from a platelet transfusion.

This article describes the case of septic shock secondary to Acinetobacter Bacteremia acquired from a platelet transfusion in a 67-year-old patient. The patient’s medical history was remarkable of diabetes type II, alcoholic cirrhosis and chronic obstructive pulmonary disease. He came to the hospital for medical optimisation before transarterial chemoembolization for hepatocellular carcinoma. The patient did not have any significant complaints at the time of admission. Physical examination including vitals was unremarkable. However, his lab work was notable for chronic thrombocytopenia with platelet count of 27,000 per microliter.

Doctors administered two units of apheresis platelets before surgery to bring the patient’s platelet count above 50,000 per microlitre, for bleeding prevention. Shortly after the first transfusion the patient complained of chills and his temperature increased to 100.8 F. Doctors decided to stop the transfusion and gave the patient acetaminophen and diphenhydramine. Despite stopping the transfusion, the patient developed tachycardia 1 hour later with tachypnea and hypertension.

The patient was transferred to the intensive care unit where he was aggressively resuscitated with fluid and started on vasopressin to manage the persistent hypotension. Doctors started him on broad spectrum antibiotics piperacillin/tazobactam and vancomycin. Within a few hours of the medication being administered, the patient developed severe DIC. A large hematoma developed at the right internal jugular central line and the patient had to intubated for airway protection with aggressive blood replacement.

Blood culture results revealed bacteremia with a gram-variable organism. The pathology department sent the specimen for matrix-assisted laser desorption/ionization. Culture from the unit of platelets also grew Actinetobacter. Doctors changed the antibiotic coverage to tobramycin and meropenem. However, unfortunately the patient’s condition continued to deteriorate with a subsequent rise of vasopressin requirement. Doctors withdrew the patient from all treatment because of an unlikeliness for his condition to improve.

The patient died shortly after. Autopsy revealed septic shock as cause of death.

A Fatal Case of Septic Shock Secondary to Acinetobacter Bacteremia Acquired from a Platelet Transfusion https://www.ncbi.nlm.nih.gov/pmc/articles/PMC7029672/