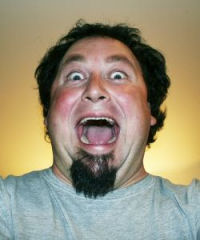 Humans have been designed with balanced reactions and responses. An excess of any reaction or an exaggerated response may lead to the diagnosis of a disorder.

Humans have a naturally occurring startle response. Startle response is a rapid response to a sudden or unexpected stimulus, for example, a sudden loud sound or a flashlight, etc. It is a quick, automatic, and protective response by the nervous system which contracts the muscles and moves the body away from the stimulus.

An exaggerated startle response is a disorder.

Normally, the protective reflex movement away from the stimulus subsides in a couple of seconds when the person realizes that there is no danger. But with the genetic mutation, the pathways regulating the startle response are not regulated; therefore, the startle response is exaggerated and bizarre. This disorder is called ‘Hyperekplexia’ or ‘Jumping Frenchman of Maine Disorder.’

The otherwise normal stimulus which would lead to a self-subsiding startle response in normal individuals would make the sufferers of this disease jump, twitch, cry out, or even have convulsions. The response is exaggerated and prolonged. Also, the jumper is susceptible to another episode of jumping or exaggerated startle response right after an episode ends, unlike normal people who do not get startled with the same stimulus right after having one reflex.

What’s with the name ‘Jumping Frenchman of Maine Disorder?’

It is not unusual for a disorder to get its name from the first physician to describe it or the first patient to suffer. Similarly, this disease has been named after its first sufferers, a group of French-Canadian lumberjacks who worked in Northern Maine in the 1870s. The disease was first described by G.M. Beard, who, while describing the disease, wrote:

“One of the jumpers while sitting in his chair with a knife in his hand was told to throw it, and he threw it quickly so that it struck in a beam opposite; at the same time, he repeated the order to throw it…. When the commands are uttered in a quick, loud voice, the jumper repeats the order. When told to strike, he strikes, when told to throw it, he throws it, whatever he has in his hands…. all of these phenomena were indeed but parts of the general condition known as jumping. It was not necessary that the sound should come from a human being: any sudden or unexpected noise, as the explosion of a gun or pistol, the falling of a window, or the slamming of the door, provided it be unexpected and loud enough, would cause the jumpers to exhibit some, one or all of these phenomena….” (Beard, 1880a, pp. 487-490)

There is no specific test to diagnose Hyperekplexia; it is a clinical diagnosis, nor is there any conclusive treatment for it. The response dampens with age provided that stimulus is avoided by not intentionally teasing or startling. Stress and anxiety may also increase the frequency of episodes. Pharmacologically, benzodiazepines have been shown to provide some relief.