Home Medical Cases Dr. Jekyll and Mr. Hyde: The Split Personalities of a Woman with... 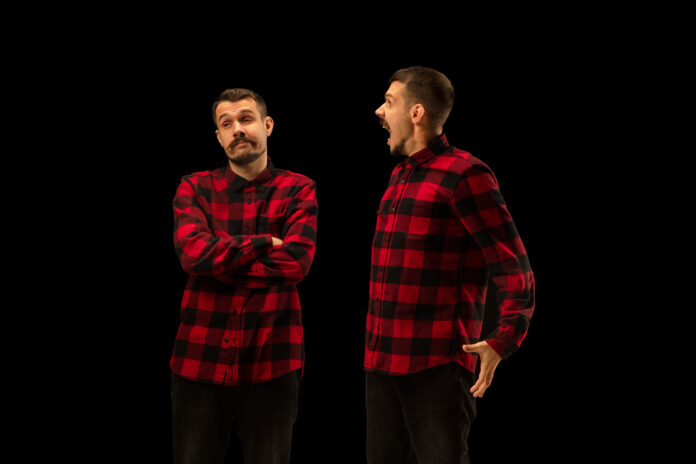 Celiac disease is known to cause a wide range of symptoms. In addition, to the gastrointestinal manifestations, anemia, headaches, and rashes can also be encountered. This is an interesting anomaly encountered in a 37-year-old where the undiagnosed condition caused her to have two personalities.

The young woman first experienced her symptoms while she was studying for her Ph.D. They manifested as delusions; that made her think that her family and friends were conspiring against her.

This got her to lash out and threaten those around her. She was admitted into a psychiatric facility shortly after and was diagnosed with a psychotic disorder.

A likely diagnosis: Will medications help?

Owing to her diagnosis, she was treated with anti-psychotics. However, the treatment failed.

Despite the lack of progress in her condition, the doctors prolonged her hospital stay and ran some tests. The reports revealed numerous mineral and vitamin deficiencies, as well as thyroid issues and weight loss.

The diagnosis of Celiac disease was made after a proper assessment of the reports. However, this was not the final obstacle for the doctors. The woman refused to accept her diagnosis and blamed the doctors for being “deceitful”. She was also not willing to comply with the gluten-free diet.

Oblivious to her symptoms: the downfall of a brilliant mind

Due to the continuous intake of a gluten-rich diet, her delusions worsened. This led her to lose her job, her home, and even attempt suicide. At the brink of her deteriorating mental condition, she was hospitalized in a psychiatric facility yet again. This time, however, she became compliant with the gluten-free diet.

Dr Jekyll and Mr. Hyde: How gluten intake controlled her state of mind

As reported by the doctors that were treating her, there was a diabolical difference in the way she acted, which depended on whether she was consuming gluten or not. She was well aware of the repercussions of gluten intake when she was not consuming it. However, there were multiple occasions where she did consume it, and it was as if she became another person! Lost and completely unaware of the effects gluten had on her.

“This was a bright young lady on her way to [getting] a Ph.D., and all of sudden something changed, and she would do things that were harmful to herself and people around her.”

DR. ALESSIO FASANO, DIRECTOR OF THE CENTER FOR CELIAC RESEARCH AND TREATMENT AT MASSACHUSETTS GENERAL HOSPITAL IN BOSTON

Follow-up: What became of the young woman?

Dr. Fasano, who got back in touch with her years later, reported that she was feeling much better. In fact, she had agreed to be a part of an experiment that would test out what had happened to her.

Unfortunately, prior to the experiment she accidentally consumed some gluten. This triggered the masked behaviors in her and led her to attempt to kill her parents. She was sent to jail, after this incident.