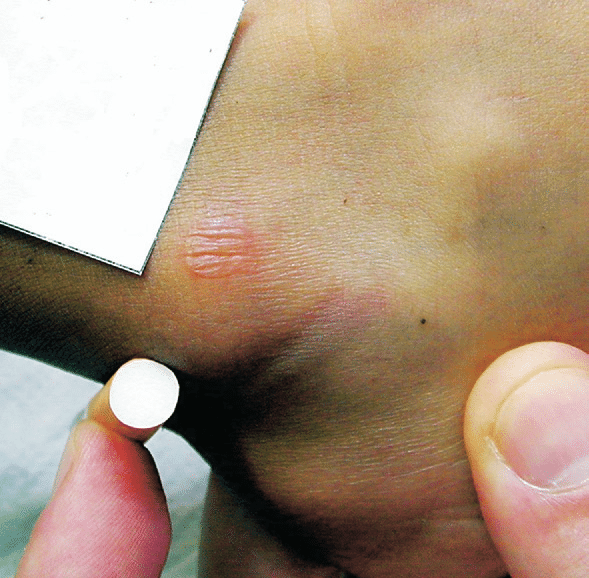 This article describes the case of a previously healthy 4-year-old who was brought in because of his refusal to eat or drink. There were no signs of vomiting, fever or diarrhoea, reported by the parents. On examination, the child appeared to be afebrile with no signs of dehydration or sepsis. However, further examination showed multiple “impetigenized” lesions on his face. The doctors initially diagnosed the patient with impetigo. Impetigo is a bacterial infection of the skin common in young children. Doctors generally treat the patient with antibiotics. This diagnosis was doubted when more lesions were revealed on the patient’s back and limbs. The lesions were regular in size and round, whereas some of the lesions had a vesicular appearance. Other lesions were more erythematous and raised. The lesions were a sign of child abuse caused by cigarette burns.

The findings were indicative of child abuse caused by cigarette burns, and child protective services were immediately called.

After questioning, the patient’s mother admitted that she had purposely inflicted cigarette burns on her child. Cigarette burns can appear as a major diagnostic problem. Burns around the face and eyes can accidentally occur if the child runs into a lighted cigarette held by an adult. However, burns located on a child’s back and buttocks are unlikely to be caused by an accident or non-deliberately.

If the cigarette burns are uniform in size, circular and show groupings on the face, back or limbs, they are suggestive of child abuse. A lesion generally has a diameter of 0.5 to 0.8 cm with a well-defined smooth edge. If the lesions are in various stages of healing, they are often misdiagnosed as staphylococcal bullous impetigo or varicella virus infection. And because of low index of suspicion, the cases are often underreported. Missed diagnosis can lead to inappropriate medical care, future fatality and ongoing abuse.