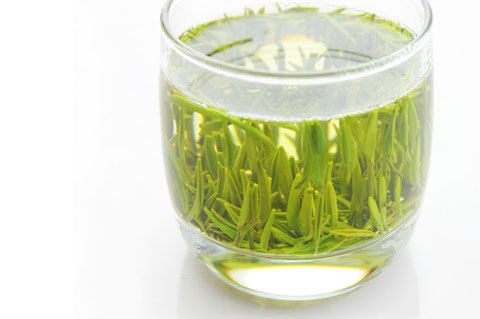 An otherwise healthy 16-year-old girl resident of the United Kingdom presented to the emergency department with clinical manifestations suggestive of acute hepatitis. Past medical and surgical histories were insignificant, with no history of recent travel, medications, autoimmune diseases, viral or metabolic diseases. There was only one indicator in the history which was the consumption of a Chinese green tea for the past three months.

She had bought the Chinese green tea in the hope of losing weight as the tea was publicized with claims of weight loss effects. The packaging was in the Chinese language, so she could not know the exact ingredients of the tea; however, it contained Camellia sinensis. She was consuming the tea thrice a day for three months.

“I had only lost a couple of pounds, but then started having horrible pains in my joints, and felt very dizzy and sick. I was very scared when I was admitted to hospital and had lots of tests, [and] I didn’t fully understand what was going on at the time.”

She stopped taking green tea, which led to rapid resolution of the symptoms, and jaundice improved. At the 2-month follow-up, the liver function test had no derangements.

“I will never buy any online tea again or any weight loss pills. People should be more aware of what they are buying and the side effects.”

Cases like these are important in the literature, so treating physicians are aware of the potential causes of hepatotoxicity. There have been multiple reports of acute hepatitis in individuals taking weight loss remedies.

So should people avoid green tea?

No, regular green tea has negligible chances of causes liver damage. It is the special teas with weight-loss claims that have been found associated with hepatotoxicity. It is best to use fresh green tea leaves.

Green tea helps suppress lung cancer and improve certain brain functions, so there is no need to abandon it.