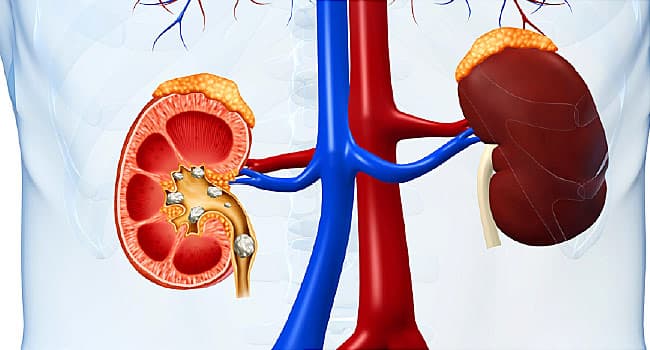 According to a feasibility study published in the Journal of Urology, two ultrasound technologies (BWL and Ultrasound Propulsion) combined can offer options to move kidney stones out of the ureter. This new technique is almost painless and does not require anaesthesia.

The procedure is performed by physicians. They use a handheld transducer placing it directly on the skin, and directing ultrasound waves towards the stone. After which, the ultrasound is then used for repositioning the stones, promoting their passage. This process is known as ultrasound propulsion. Other than that, they break up the stone using another technique known as burst wave lithotripsy (BWL).

Standard procedures, for example, shock wave lithotripsy requires sedation, but this technology does not hurt. Hence sedation is not a requirement or need.

The team of researchers is hopeful that this procedure can help in moving or breaking stones. Moreover, it could eventually be done in a clinic or ER.

Ureter stones, leading from the kidneys to the bladder can lead to unbearable pain. Pain is one of the reasons why patients with kidney stones rush to the ER and most are told to wait for the stone to pass. However, this can last for weeks, and more than a quarter of the patients may require surgery eventually.

Hall along with his colleagues evaluated this technique for treating kidney stones without surgery.

The study tested the feasibility of BWL and ultrasonic propulsion for breaking stones while the patient is conscious and unanesthetized.

Furthermore, blue wave lithotripsy fragmented stones in seven cases and at the two-week follow-up, 86% of patients’ stones in the lower ureter and close to the bladder passed. The average time for the stones to pass was four days.

One of the patients also said they felt relief immediately after the stone passed.

Hall said that the next step is to perform clinical trials in a control group to evaluate the degree of stone passage using this technology.