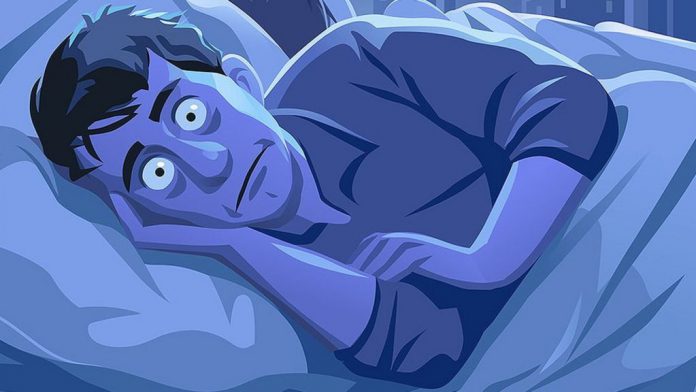 Who doesn’t love sleeping? But what if one wants to sleep but can’t fall asleep? The body is tired, but the brain wants to stay awake… sounds fictitious, though!

But it is not so unreal. Doctors were baffled by the case of a 3-year-old boy, Rhett Lamb, who couldn’t fall asleep.

His mother, Shannon Lamb, while explaining the consequences of lack of sleep, said:

The inability to sleep at night made Rhett tired and frustrated during the day. He would get cranky, and his temper got bad to the point that his mother would hit him.

“He would hit you, he would bite you, he would head-butt you and anything else around him, and you didn’t know from one minute to the next what was going to happen,” his mother said.

“It was like he was losing his mind, and there was nothing we could do to help him.”

His parents admitted that Rhett would require constant supervision, so they both had managed their work schedules in a way that one of them could stay back home to look after Rhett.

“You get to the point where you can’t function anymore, and you can’t think straight, and you get up in the morning, and you take a shower to go to work, and you drive to work, and you’re a robot. You are an absolute robot. And then you dread coming home ’cause you know it’s the same thing.”

Rhett’s journey was not only about the frustration of not being able to sleep, but the countless visits to different doctors to find out the reason behind his insomnia. After years of struggle and dozens of different diagnoses, the insomniac boy was diagnosed with Chiari malformation.

Chiari malformation, in a lay-man terminology, is a condition in which the brain tissue extends (displaces) into the spinal cord. The disease didn’t even steal his sleep but also led to abnormal growth. His milestones and behavior were that of an 18-year-old boy who couldn’t speak or compete with his peers.

Rhett was scheduled for surgery to correct the displacement, but the surgery had only a 50% chance of being successful, so the chances of Rhett being able to sleep were also 50%.

Despite the reservations, the parents decided to go ahead with the surgery, and Rhett was successfully able to sleep through the night. A proper sleep throughout the night improved his behavior too.

After the surgery, a substantial improvement was noticed. Besides proper sleep, his growth started to pick up, and within a period of few months, he was able to catch up with his peers.

“You couldn’t give him a hug or touch him or anything, and now he walks through the door and wants a big hug, and it’s heartbreaking at this point because you just look at him and think, ‘This is something I never thought I would have.'”

Can Breast Abscess Lead The Patient To ICU?

Case Of Miliary Tuberculosis In 56-Year-Old