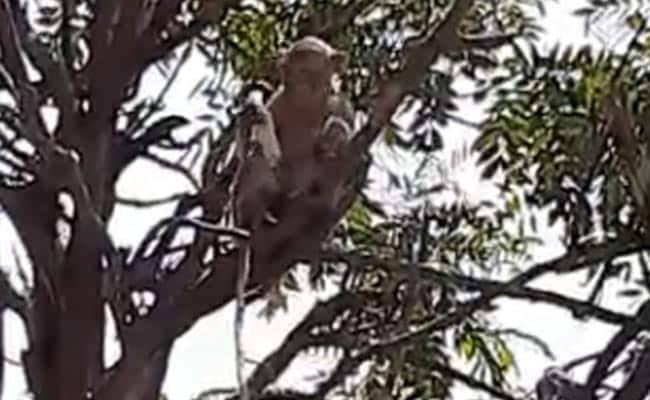 India is known as one of the most densely populated countries in the world. Currently, India has165,799 cases of the coronavirus and 4,706 deaths. Officials state that congested residential areas, poor economic condition and collapsing healthcare system favor the increase in cases of Coronavirus. According to the authorities, a troop of monkeys snatched three samples from the medical official. This added more risk to the already worse condition. Monkeys are recognized as common stray animals on the roads of India.

This incident took place in Meerut. It is located 460 km north of Lucknow which is the capital city of Uttar Pradesh state of India.The medical official, who was a lab technician, had visited the Meerut Medical College in the morning where the sampling of blood took place. Surprisingly, the monkeys not only stole the samples but they were also filmed sitting in the trees and chewing them.

“Monkeys grabbed and fled with the blood samples of four Covid-19 patients who are undergoing treatment. We had to take their blood samples again,” said Dr S. K. Garg, a top official and holds authority in college. “It is stil not confirm if the monkeys can contract the virus from blood samples or not.” It was a doubtful condition but it is always better to be prepared for unexpected outcomes.

Unfortunately, authorities were clueless about the spilling of samples. However, the risk was quite alarming as the monkeys could enter the residential areas and spread the virus.’While animals cannot be responsible for carrying this disease, if they are carrying these sample tests and they move away from the medical college to residential areas then definitely if there are contaminated kits there, then they (the monkeys) can spread the infection further.” Says Amir Haque, Lucknow Bureau Chief.
They are most likely to be the vectors of novel virus in this case!

Thanks to pure good luck, Meerut Medical college superintendent Dheeraj Raj reported that the sample boxes were later recovered without any damage. We dob’t think there is any risk of contamination or spread.” According to him the three patients whose samples were stolen were retested for the virus.